Due to the COVID-19 pandemic, La MaMa in association with Concrete Temple Theater and South Korea-based Playfactory Mabangzen have decided to postpone the world premiere production of the groundbreaking creative collaboration THE WAITRESS AND THE ROBBER out of an abundance of caution. The production was scheduled to begin performances at La MaMa on Thursday, April 9.

THE WAITRESS AND THE ROBBER will be rescheduled. Stay tuned for new performance dates to be announced soon.

La MaMa will be contacting all ticket holders directly to reschedule their bookings. 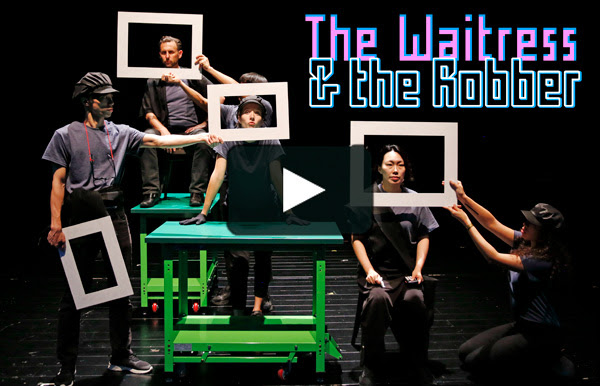 The Waitress & The Robber
The Waitress, fed up with watching her older customers be mistreated by their children, kidnaps these seniors, so she can care for them. Meanwhile, the Second Son, accused by his brother of being a thief, becomes a robber who “liberates” people from their cellular devices.

Set in a dystopian society, this comic-book-style mash-up was inspired by Friedrich Schiller’s play The Robbers and the Korean novel The Story of Hong Gildong, both Robin Hood-style stories of individuals betrayed by their families. With nods to Weill and Brecht, the characters sing and dance as they fight for what they believe, challenging the time-worn concepts of family and perceptions of ownership and justice.

THE WAITRESS & THE ROBBER digs into technological isolation and aging with lighthearted humor, ultimately giving voice to people usually erased from society.