The Legend of The Waitress & The Robber

The Legend of The Waitress & The Robber is a Concrete Temple Theatre, Playfactory Mabangzen & Yellowbomb Collaboration, in partnership with Korean Cultural Center NY, developed in residency at Performance Space for the 21st Century/PS21.

“Imagine if you will, there’s a world much like ours. Maybe in the future. Or maybe even now. A world where every human lives separate and alone. The only interaction allowed – is on a phone.” This dystopian society is the home of The Waitress & The Robber, a bilingual visual theatre work that dives into technological isolation and aging with humor and physicality. Struck by the loneliness that plagues her older customers, an impassioned waitress turns to kidnapping, just as a headstrong young man transforms himself into a robber. In this Korean/American comic book mash-up, scenic elements ambulate and transform, and characters sing and dance as they fight for what they believe.

1) Stagebuddy: “An off-beat gold mine capable of becoming a cult classic”
“If you attend The Legend of the Waitress and the Robber and don’t have a fun time, you can take away my phone.” https://stagebuddy.com/theater/theater-review/review-legend-waitress-robber

2) Ed Front Row Center and Opening Night Online: “We witnessed artistic freedom that produced sharing, experimentation, creativity, and imagination” “The Legend of the Waitress and the Robbers is vital, charming, and entertaining and reminds us that just a few can emerge to challenge a tyrannical regime.”

The Legend of the Waitress and the Robber

3) Theater Scene: “entertaining Brechtian musical fantasia”
“Premiering now, during an era of profound discord, its cheeky, sincere and entertaining treatment of its theme of freedom of expression is even more resonant and cautionary.”
http://www.theaterscene.net/plays/offbway-plays/the-legend-of-the-waitress-and-the-robber/darryl-reilly/

4) Thinking Theater NYC: “In addition to being a great time, The Legend of The Waitress & The Robber reminds us that live theater is one of the very few places left where we communally disconnect from our screens and pay attention to the people in front of us.”
https://www.thinkingtheaternyc.com/2022/05/review-legend-of-waitress-robber-will.html

5) Show Showdown: “Delightful and odd” “The show has a beguiling madcap sweetness” “Unique and lovely” https://showshowdown.blogspot.com/2022/05/the-legend-of-waitress-and-robber.html

6) The Theatre Times, Philippa Wehle: “It was a delight to see that The Legend of the Waitress and the Robber.” https://thetheatretimes.com/legend-of-the-waitress-the-robber-a-korean-american-cross-cultural-collaboration-makes-it-to-new-york-city/

7) An Audience Member’s Response:
“‘The Legend of the Waitress and the Robber’ is an international collaboration that really hits home. The topic is serious – the breakdown of human connection as we become increasingly dependent on our phones, and the overwhelming power of corporations in our lives – but the treatment couldn’t be more fun. Think of a puppet show, brought to you by live action singers and actors. The staging consists largely of moveable frames that serve as doors, thrones and whatever else is required of them. Supertitles keep the storyline moving as the language shifts between English and Korean, but don’t worry if you miss a few words. This is myth, as the action shifts between the Kingdom of the Company, the old people who miss the old ways, and the robbers who are out to change the world. I found myself laughing out loud.”

8) HiDrama
NOAH MILLER: “The story is told in song as well as acting. And the play is bilingual: Korean and English. By doing this, it adds a dimension that almost every ethnicity can relate to—speaking a native language.”
“Heart, soul, and lots of love went into this play. And, unfortunately, there’s also a bit of prophecy as well.”
EVA HEINEMANN: “They are only at Dixon Place for a short time so drop your phones and run over there.” 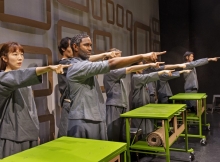 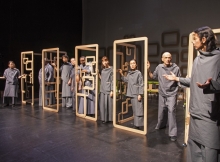 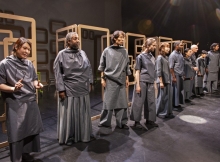 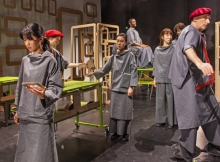 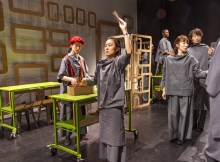 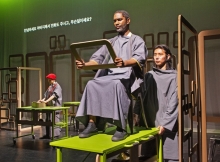 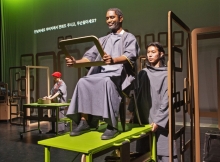 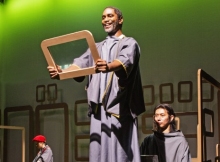 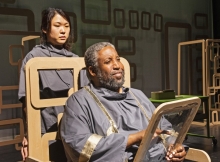 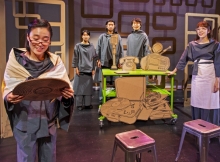 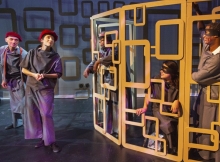 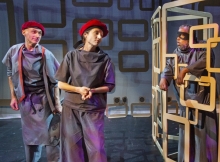 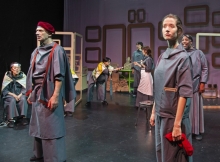 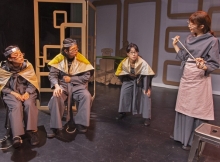 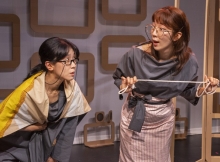 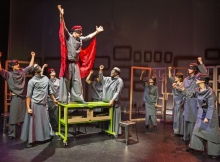 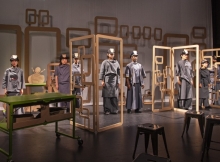 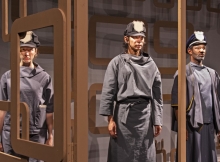 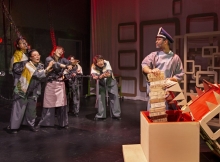 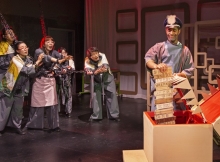 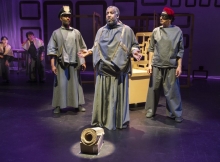 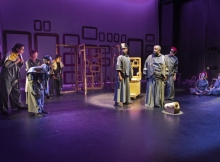 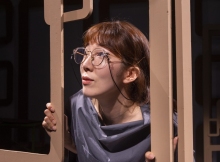 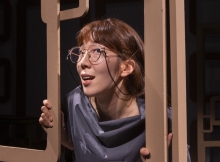