Bird Machine is Concrete Temple Theatre’s multimedia, multi-disciplinary, allegory. A visceral mixture of objects, puppets, shadows and projections creates the environment and landscape of Bird Machine, a play about technology, a contemporary fable that explores the desire to live beyond human limitations. Part one reveals: Leo, the dreamer, obsessed with flying; Vince, the realist, trying to control his world through miniaturization; and the Emperor, destroying Leo and his flying machine, out of fear that others will use the technology to conquer the walls of his city. In part two, Vince vindicates Leo’s murder by turning his miniature garden into a larger-than-life garden, to lure and trap the Emperor. Audiences of Bird Machine will experience two worlds and two technologies. The beginning of the piece depicts a world that is pastoral, the mechanics simple: a bird flaps across stage then soars overhead. Part two, still a puppet- driven environment, uses projections to introduce contemporary technology and bring the stage to life. 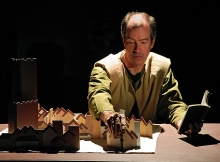 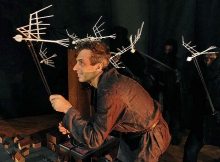 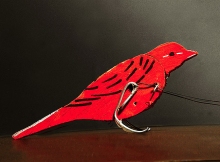 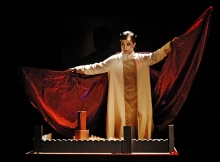 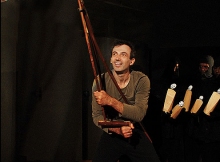 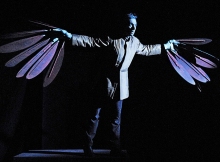 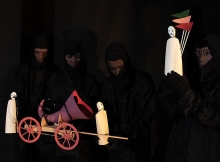 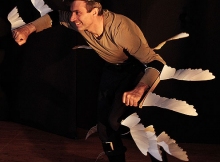 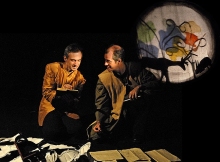 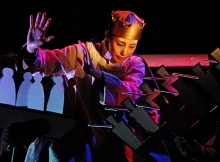 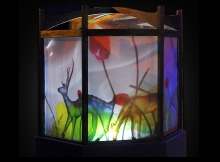 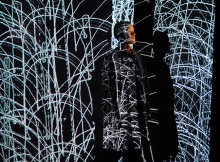 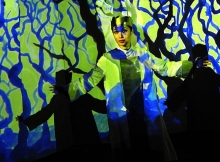 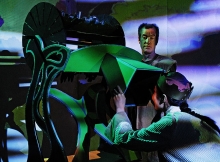 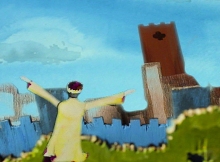 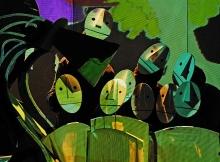