Alone in Triptych is an alternately thrilling, disturbing and darkly humorous play that investigates the hidden connections between three people linked by their aloneness. On their journeys of self-discovery, mythology collides with the modern world to reveal a universe filled with vivid imaginary, haunting music and a heightened poetic language. Emotional, vivid and hauntingly lyrical, this exploration of isolation and connection promises an evening of intense, intimate revelations.

Alone in Triptych was developed with the support of a Dixon Place Artist Residency.

“Alone in Triptych is a stark view of the human condition with its agonizing and powerful emotions.  It is drama, as it should be, with fine writing and flawless direction; one that gives the audience a powerful theatrical experience.”
– Womanaroundtown.com

“In addition to the smart writing and fine direction, and despite the play’s painful subject matter, it is the excellent acting that makes Alone In Triptych a rewarding theatrical experience. All three of the performances are first-rate, and together provide us with the thematic variations that underscore the meaning of the play’s title.”
– Talkinbroadway.com

“A trio of dramatic monologues leading to shocking revelations…Alone in Triptych, by Renee Philippi, presented by the Concrete Temple Theatre at HERE is a straightforward, beautifully acted trilogy of intertwining solos.
-Soho Journal.com

“The play (which may just as well be called Alone, in Triptych) is very much an examination of loneliness, and its power to connect those yearning to, well, connect. Written by Renee Philippi, Alone in Triptych is an abstractly-rendered and lyrical piece of theater… While the play’s ending felt unresolved, perhaps this is Philippi’s intention — that nothing in our lives is ever truly resolved; that we are all in one way or another held captive in our solitude. And yet, in knowing this, we are never alone.”
– OffOffOnline.com

“I think that it has a lot to say about the “not so nice side” of humanity and about human nature. It is an important piece that is also well acted and well directed. I was glad to see HERE take a risk and present a piece that shows a darker side to mankind, but nonetheless a side that is not altogether uncommon.
-Times Square Chronicle 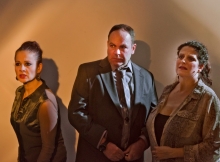 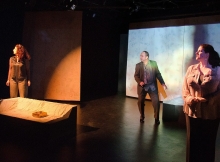 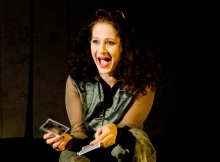 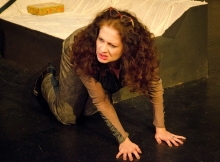 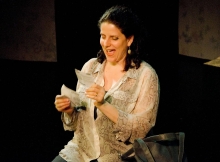 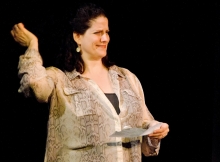 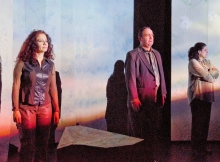 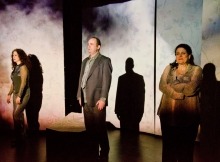 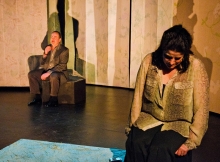 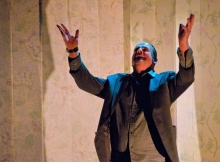 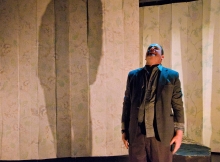 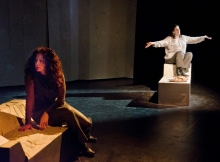 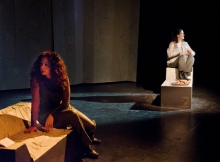 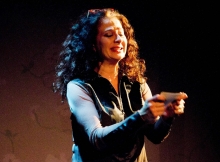 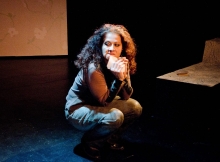 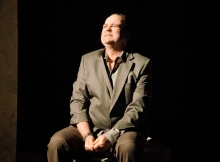